Queen Elizabeth National park Uganda is  shines as the medley of wonders and boasts  of a huge wildlife biodiversity for a game reserve in Africa. The park harbors hundreds of mammals and also home to over 600 birds species.  the park additionally  occupies an area  of 1,978 km2 making it the second largest park in Uganda. The park is famous  tree climbing lions in the Ishasha sector , as well as the hosting one of the largest schools of hippos in the world. 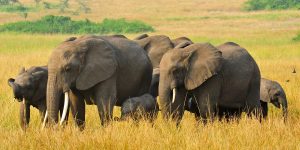 Queen Elizabeth wildlife safaris  brings forth a combination of professionally crafted safaris consisting of itineraries tailored to suit different activities carried out at queen Elizabeth national park. The most common activities carried out while on queen Elizabeth wildlife safaris include game drives in the park to watch multiple wildlife species, chimpanzee trekking at Kyambura gorge and Kalinzu forest reserve, birding safaris at the park, launch cruise at Kazinga channel, site seeing, forest walks, view of the craters, river tails and many more. 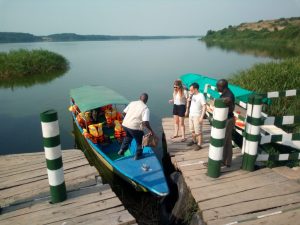 The park is famous for its big cats, including tree-climbing lions and leopards. Game drives in will reveal the parks range of big game including elephants, buffalos, antelopes and warthogs. Boat safaris take you across the Kazinga Channel that links Lakes Edward and George. The park is known for its abundant wildlife, including African elephant, African buffalo, Ugandan Kob, hippopotamus, topi, waterbuck, warthog, giant forest hog, Nile crocodile, leopard, spotted hyena, chimpanzee and lion. Overall, the park is home to 95 mammal species and over 600 bird species. 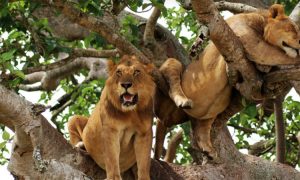 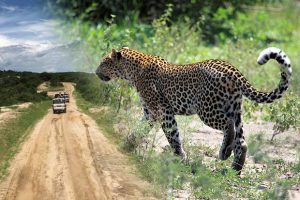 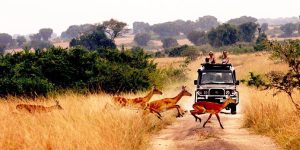 Climb aboard and explore the wonders of the Kazinga Channel from the best viewpoints. Spot the grazing hippos and bathing buffaloes as an expert ranger guides During the boat cruise you will get a chance to view a lot of birds like African fish eagle, African spoonbills, great cormorants, African skimmers, the pelicans, king fishers, the majestic African fish eagle, the goliath heron, and the hard to find shoe bill stork (it’s an endangered bird species) among others. 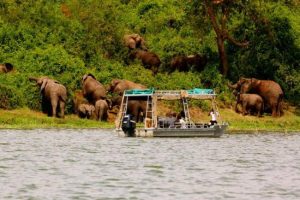 Kyambura gorge is a rift valley setting of a  tropical forest with a river flowing through it, found in Queen Elizabeth National Park. The Gorge is 100 meters deep and about 1 km long. It is an extension of the Kyambura Game reserve which is part of Queen Elizabeth National Park. Kyambura gorge is characterized by dense tropical rain forest that are home to a large number of birds, primates and mammals like elephants and hippopotamus. The Gorge is surrounding by vast summer grasslands on all sides although human plantations and villages are not very far off.  The surrounding Savannah receives a lot of sunshine while the gorge itself is remains relatively cool because of the tall trees less direct sunlight. The river Kyambura is a key water source and flows right in the middle of the forest providing water to the plants and animals throughout the year. River Kyambura gets most of its water from the rocks surrounding the gorge and during the rainy season. 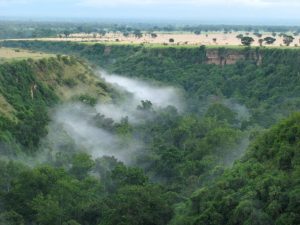 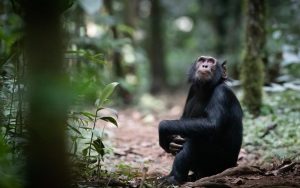 Lake Katwe is a customary lake on which salt mining is done, formed through long ago volcanic eruption close to 10,000 years back. The adjacent local community extracts the rock salt directly from this lake all through to the landing site and there it is dried and later sold to the purifying factory. 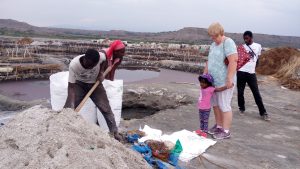 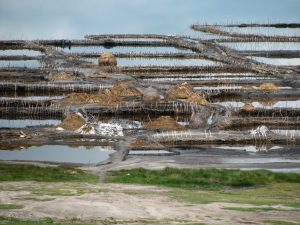 Katwe explosion craters are very beautiful views for hiking in Queen Elizabeth National Park found in the western side of Uganda. You would not want to miss. The Katwe craters  are a group of volcanic craters within Queen Elizabeth National Park in Toro kingdom in Uganda not active at the moment. They are one of Uganda’s most scenic drives, you will view several dozen Explosion Craters, some of them filled with grass, forest, freshwater, or saltwater. 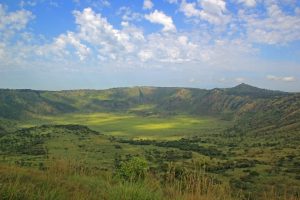 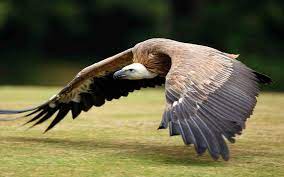 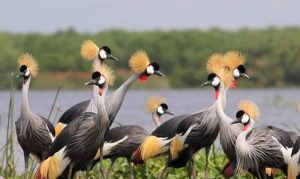 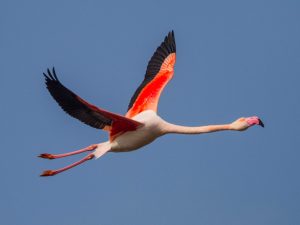 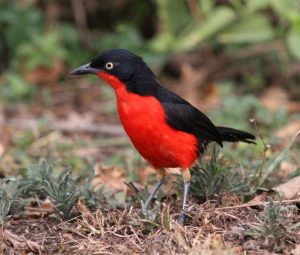 Get all safaris to Queen Elizabeth National Park by Clicking Here