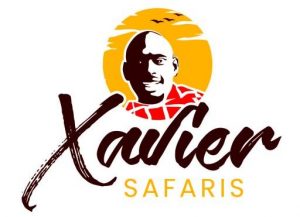 History of the Uganda Protectorate before independence 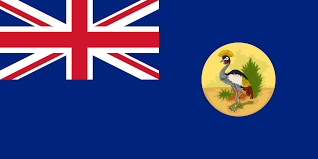 The Protectorate of Uganda was a protectorate of the British Empire from 1894 to 1962. In 1893, the Imperial British East Africa Company transferred its administration rights of territory consisting mainly of the Kingdom of Buganda to the British government. The IBEAC relinquished its control over Uganda after Ugandan internal religious wars had driven it into bankruptcy.

In 1894, the Uganda Protectorate was established, and the territory was extended beyond the borders of Buganda by signing more treaties with the other kingdoms (Toro in 1900,[33] Ankole in 1901, and Bunyoro in 1933[34]) to an area that roughly corresponds to that of present-day Uganda. The status of Protectorate had significantly different consequences for Uganda than had the region been made a colony like neighboring Kenya, insofar as Uganda retained a degree of self-government that would have otherwise been limited under a full colonial administration.

In the 1890s, 32,000 labourers from British India were recruited to East Africa under indentured labour contracts to construct the Uganda Railway.Most of the surviving Indians returned home, but 6,724 decided to remain in East Africa after the line’s completion.[38] Subsequently, some became traders and took control of cotton ginning and sartorial retail

From 1900 to 1920, a sleeping sickness epidemic in the southern part of Uganda, along the north shores of Lake Victoria, killed more than 250,000 people.

Uganda gained independence from the UK on 9 October 1962 with Queen Elizabeth II as head of state and Queen of Uganda. In October 1963, Uganda became a republic but maintained its membership in the Commonwealth of Nations.

Dubbed ‘the pearl of Africa’ by Sir Winston Churchill, Uganda is one of the continent’s most beautiful and welcoming countries.

During the turbulent 1980s Uganda’s national parks experienced massive poaching; because of that, it is a second-tier safari destination compared to its neighbors, Kenya and Tanzania. Wildlife populations have rebounded in their national parks, and at the Ziwa Rhino Sanctuary you can trek (on foot) to see white rhinos, and enjoy nighttime walking safaris.

The safari animals are not the only reason to do a Ugandan safari; it’s a variety of other things that make Uganda a special destination. Scenically Uganda holds its own with any other country – the mountains and lakes of the southwest are postcard perfect, the countryside is beautiful, lush, and green. Standing atop Murchison Falls is exhilarating (and loud!), Kazinga Channel is teaming with bird/wildlife, and Queen Elizabeth National Park is a beautiful savannah full of wildlife. The safari experience is also unique due to the fact that the national parks receive far fewer visitors than most parks in other countries, as tourism hasn’t exploded yet. Some days it seems like you can have an entire national park all to your own and not see another vehicle! Plus, the people of Uganda are very kind and friendly, which makes for an even more memorable travel experience.

The mix of Central African rainforest and East African savannah, with over 1,000 species of birds, makes Uganda one of the best bird-watching destinations in the world. But more than anything, it’s the chance to see mountain gorillas that makes Uganda an excellent choice for safaris. Over half of the world’s remaining mountain gorillas live in Bwindi Impenetrable Forest and Mgahinga Gorilla National Park where gorilla troupes have been habituated to humans to allow up-close encounters.
Spending an incredible hour with a habituated family of the critically endangered mountain gorillas (there are only around 1,000 mountain gorillas in the wild) is truly a thrill of a lifetime. Bwindi is home to half of the world’s remaining mountain gorillas, and offers one of the most remarkable wildlife experiences a person can have. There are only eight tourists allowed to visit a troupe (family) of gorillas for one hour, once a day, so it is important to book a mountain gorilla trek in advance.

Uganda is a modern-day mecca for primate-lovers. There are opportunities to trek in search of our closest living relatives, chimpanzees. Kibale Forest possesses the highest primate density in the world.

Primates definitely top any safari agenda, but Uganda is home to much, much more… Lake Victoria, the White Nile (world-class whitewater rafting at Jinja with Grade 5 and 6 rapids), Murchison Falls which thunders through a small gorge, and Murchison National Park. These are only a few of the wonders of Uganda.

This combination of factors is why Uganda is a ‘must’ to visit. Whether it’s your first safari or your tenth, Uganda will make it an exceptional adventure!